This audio-visual installation was created in collaboration between Guy Fleisher and Natalie Feldesman. The installation consists of nine audio channels and a spatial video art piece.

Both artists are collectors of “natural environments” even though they work with different media types: Fleisher collects field recordings, and Feldesman collects old archive films. Both artists aspire to challenge listening and observing conditions.

The sound composition created by Fleisher for The Field is part of a domain known as “acoustic ecology .”This discipline explores the relationship between man and the environment through sound that range across the spectrum between music and between noise. On one end of the spectrum lies the motivation to familiarize surroundings by listening and deciphering its various sounds as forms of communication; on the other, a wish to isolate elements from the environment and reassemble them into musical structures – extracting emotion from noise.

Fleisher’s work sits somewhere between these two motivations. For him, crickets’ chirps and car horns, whistling winds and dripping water, birds’ songs, and cats’ howls all bear a loaded, fascinating emotional weight – in other words, they are already potentially musical. Nevertheless, Fleisher is not willing to discard the natural abundance held within his field recordings, even if it supposedly remains hidden. Therefore, Fleisher chooses to use his recordings in entire length while developing a technique that manages to bring the natural musical quality of our world to the surface.

On top of the field recording’s existing frequencies, Fleisher performs a spectrum analysis, searching for various wavelengths and ratios while maintaining the recording’s continuum structure. In addition, he has developed an analytic mechanism that focuses on the relations between sounds, illuminating them on the backdrop of a given natural-spatial situation. The spatial condition is emphasized in Room25s space via an ambisonic sound system, which allows the composition to be played through 9-channels, creating a 3-dimensional sound experience.

After 15 minutes of listening to the composition, something happens. The auditory details that make up The Field’s environment become distinguished from each other. What is thus far experienced as a whole entity begins a process of breaking up into separate sounds that intertwine, disappear and burst back in, move in space, from every direction – giving the auditory field depth and richness.

The video composition created by Natalie Feldesman comprises archival nature films shot in various locations around the globe. Feldesman is uninterested in the narrative qualities of the movies. Instead, she uses the footage as though it were a malleable sculpting material, which can be shaped into a new environment. Similar to Fleisher, Feldesman aspires to retain and alter the viewing experience. Thus, for example, she examines how one can watch documentation of migrating birds and perceive their motion across the sky – without seeing them.

Feldesman focuses on attributes such as color and motion or on the minute details that appear in the original films but aren’t their main focus: The space between buildings rather than the buildings themselves; the changing density of the tree branches or the colorfulness of leaves and how light hits them, she observes the motion of a breeze as it collects debris from the pavement and rolls it onward down the sidewalk; she focuses on the point where a tap leaks, and the rhythm of newly-forming drops; the friction created between the wing of a bird and the air it cuts through.

Feldesman cut the various archival materials and pasted them together into a collage. She does so by using multiple layers in a form that creates a final product that is both artificial and natural – i.e., random and surprising. The surprises arrive when Feldesman projects her moving collage onto a prism-like object. This prism breaks, reflects, and dismantles the lightwaves, creating an additional reflection.

Feldesman wishes to exceed conventional wall projection. Using video as if it were sculpting material, she aims to construct a unique space and offer a hypnotic dive into the resulting visual environment. In the encounter between light and matter, the photomontage’s layers are granted new, 3-dimensional life – a bird from one film is suddenly submerged in the water of another movie in a new, ad hoc space.

Take a moment to listen to your “natural” surroundings. You will hear a ceaseless cacophony of noises. The ear doesn’t waste energy on familiar background sounds, so those become white noise. Although we are unaware of them, our ear never stops picking up the many rumblings of the modern world – analyzing them and combining them to find meaning in reality. Our ears are in a constant state of “search.”

Now, look at your surroundings; you’ll notice that vision is slower and far more selective than hearing. The eye can pause, linger, connect and perceive many different elements – or on the contrary, subtract and separate them. Vision explores space in a manner that obeys the process of the time and place we are present. While visual observation is focused on form, listening is inherently amorphous and fluid. The hearing follows details in time and space and only later if ever, processes them into a larger whole. Attentive listening is indeed able to isolate elements from within an auditory field. Still, as opposed to vision, it flows along after them in time and space, in disassembled temporal forms. Our ears notice fragments and short segments, which are processed and put together to create a complex whole.

Obviously, the two senses are closely linked to one another. Any sound heard will necessarily be affected by the visual conditions presented to them. Even if we were to listen to sounds in complete darkness, that darkness would have an inseparable visual impact on our auditory experience. At the movies, for example, the brain performs a synchronization. An “auditory event” and “visual event” are synced in a manner that makes the sound seem natural and inherent to the image – or alternatively, seem like a by-product of reality or even a reproduction of the meaning held within the visual image.

The Field was created via dialogue and mutual inspiration. After personal research and preparation, the artists entered the exhibition space and constructed their new piece in collaboration. Attempting to meld the two environments into one: together, Fleisher’s sound and Feldesman’s video create a unique audio-visual field, both familiar and foreign, that invites us to dwell in it. 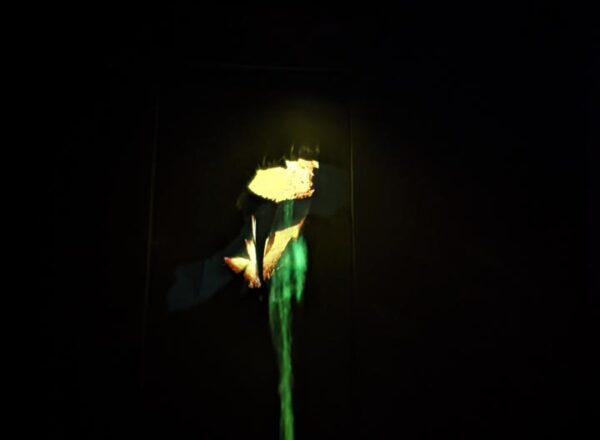 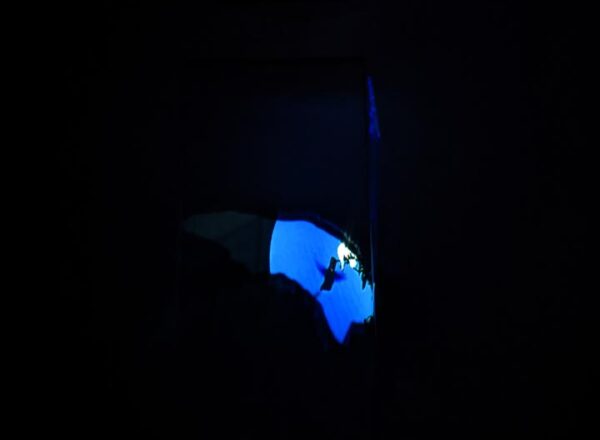 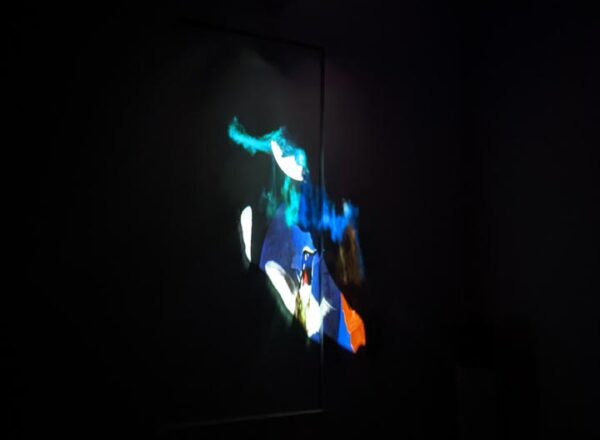 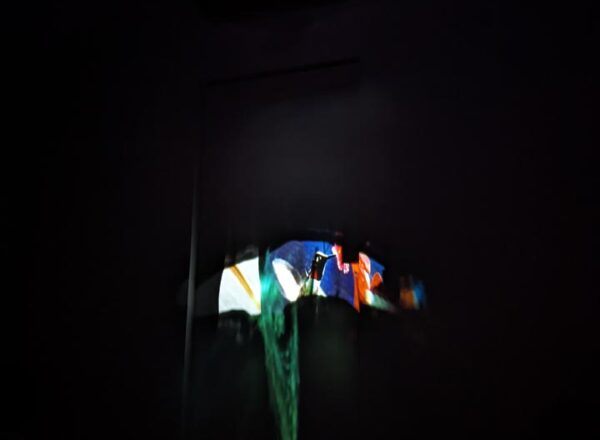 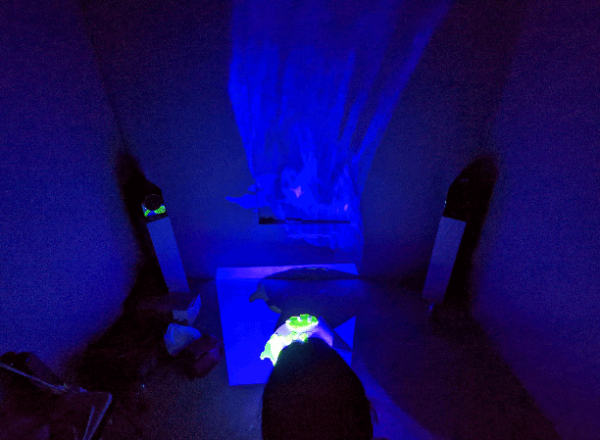 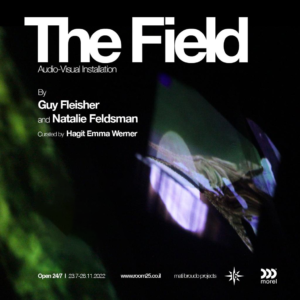